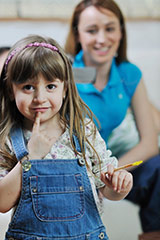 Neuro-Linguistic Programming, ( NLP ) , is a powerful new human performance technology that provides tools for improving your performance in the areas of communication, management, education, sales, counselling and sports performance. Essentially, NLP is about modelling excellence – identifying the thinking strategies and emotional states that provide the means by which individuals achieve success in any endeavor. Once you can identify the process of how an individual does something well, that same success strategy can be learned and used by others.

The History of NLP

NLP was developed in the 1970’s by Dr Richard Bandler and Dr John Grinder. At the time, Dr Bandler was a student at the University of California Santa Cruz majoring in information technology and Dr. John Grinder was a lecturer in linguistics at the same university.

Essentially, NLP is about modelling excellence – identifying the thinking strategies and emotional states that provide the means by which individuals achieve success in any endeavor.

Grinder and Bandler worked together to co-model the contemporary “wizards” of personal growth such as Fritz Perls (Gestalt Therapist) , Virginia Satir (Family Therapist) and Dr. Milton Erickson (Hypnotist). Combining their individual expertises, Bandler and Grinder were able to identify and map patterns of language and behaviour.

During their collaborative time Richard and John co- wrote several books, including Structure of Magic Vol I & II, Changing with Families and The Patterns of The Hypnotic Techniques of Milton H Erickson. These books, based on the language patterns and behaviours of their contemporary personal development experts, were the forerunners of what was to become the model of Neuro-linguistic Programming. NLP was created as a modelling tool and not as a type of therapy. It has been confused with being a therapy, probably because of its early associations with personal therapeutic models.

Who’s Who in the Development of NLP

The co-developers of NLP, Richard Bandler and Dr John Grinder, worked with a group of students who attended early experimental workshops where the basic and first behavioural patterns and techniques of NLP were tried out. The group started in 1972 and met periodically over four years. This core group of individuals were the first to assist Richard and John to spread the patterns and techniques of NLP via small and large group conferences and training workshops throughout the United States and Canada. They were the first practitioners of NLP. **For more information on the early days of NLP refer to

Terrence McClendon Author of ‘The Wild Days, NLP 1972 to 1981′. Participant in landmark experiments in the book ‘NLP Vol 1’ and your trainer when you choose to do your training at NLP Australia.

Robert Dilts Co-author of ‘NLP Vol 1’ and many other books. Business partner with Terrence McClendon in the mid 1970’s. Founder of NLP University Santa Cruz Ca.

Judith Delozier Author of ‘The Patterns of the Hypnotic Techniques of Milton Erickson’. Co-author of ‘NLP Vol 1’.

David Gordon Author of ‘Therapeutic Metaphor’ and co-author of ‘Phoenix’

The above are the original pioneers of NLP. There are, of course, many others who have contributed to the development and expansion of NLP around the world and who have written extensively on the applications of NLP.

"Our Master Practitioner Training Will take you to the next level. It Emphasizes the development of your flexibility and creativity in using NLP. "

"As a swimming coach and program manager, i was looking for ways to increase my awareness of communication and interactions with people. Enrolling with NLP Australia, i was unsure what to expect with regards to how the content would be rolled out. Having Layla as my tutor twice a week via Skype was the best for my learning, as the direct teaching method worked for me. Layla paced the content very well, giving plenty of room to ask questions and go over things as needed. My perspective shifted over the course and i noticed my observations in real world situations were gaining depth. To gain traction in furthering your understanding of communication and to gain some insight into yourself, i would recommend this course. Coaches, teachers, managers, parents, etc. could all stand to benefit from becoming involved with the world of NLP."

"Quality Tool For Trainers Hypnosis methodology and Unconscious learning have been fundamental to the development of NLP. "

" Learning have been fundamental to the development of NLP. Quality Tool For Trainers "